This post is written by Colin Sullivan, who has previously shown his very nicely-made Stanley No.9 Cabinet Makers plane. Here, Colin shows another nice bit of engineering, a Stanley ‘164’ copy, for which he’s used a standard Stanley No.4 as the starting point. Colin writes:

This plane is made from an early no. 4 body – this one model has just enough metal in the base to take a thread for the cap iron bolt. A small block of metal was glued into the sole for machining and the whole base was milled to 11deg. the plane iron angle for the Stanley 164, see drawing for details. Stanley only made this low angle smoother from 1926 to 1943, and now it is both scarce and expensive!
It was designed by EA Schade using the Bailey method of blade adjustment on the top of the cap iron to allow for the very low blade angle of 12 deg. The blade is from Lie Nielsen who make a copy of the 164, in bronze with an adjustable mouth the same as Stanley. The cap iron is S/S and the adjusting lever is mild steel using the standard small brass knob for adjustment.
The mouth is not adjustable like the original but it ended up just right and performs very well, well worth the time spent making it. 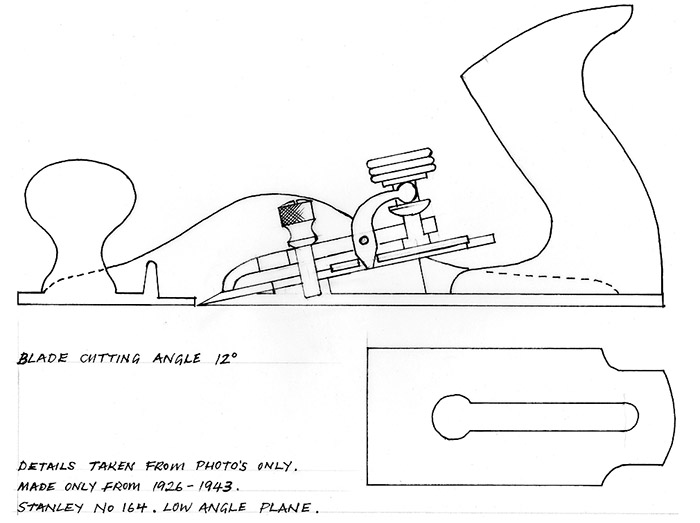 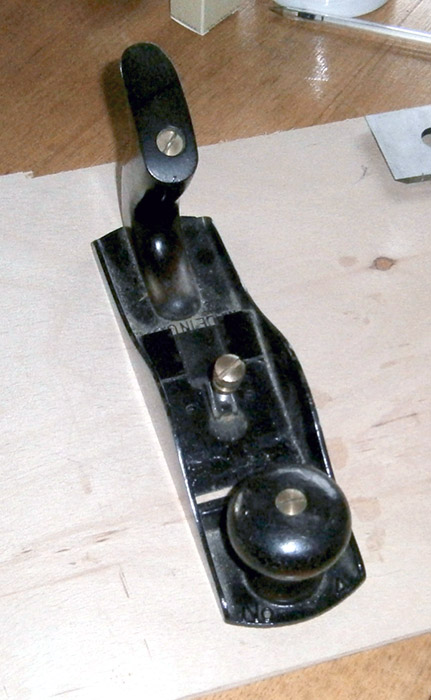