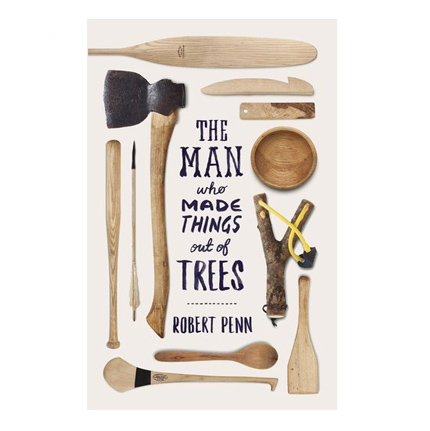 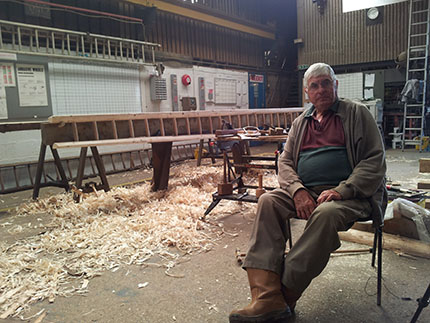 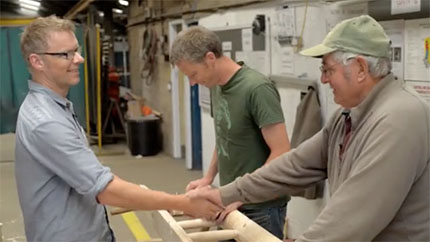 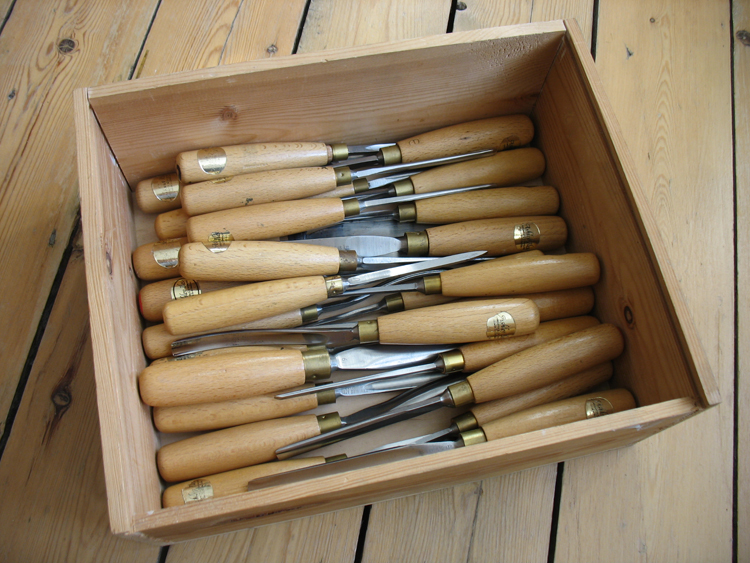 Twenty seven Ashley Iles carving chisels for sale as job lot. Nearly new condition, one or two loose ferrules, some tiny marks, no big deal. I can email you more pics. Selling these on eBay.


At the end of our high street, rather in contrast to the second hand shops, estate agents and fried chicken shops, you will find Sutton House.
It is a Tudor House, built in 1535 by prominent courtier of Henry VIII, Sir Ralph Sadleir. It has been home to merchants, Huguenot silkweavers, and squatters. Such is the history of Hackney.
The following story is written by Michael Shingfield. I got to know Michael when he enquired about some Griffiths memorabilia I had chanced upon. Michael has written an excellent book, (details at the end of the post), which is well worth buying if you are interested in Norwich’s history of tool makers.

I worked for the National Trust in their main Building Department in High Wycombe, Buckinghamshire, working my way up to be joinery workshop foreman.

One morning in 1990 a lorry pulled into our yard with a large load of oak panelling and tipped it all into a heap. This was our introduction to Sutton House.

Sutton House is the oldest house in the East End of London; an extremely rare example of a merchant’s brick house dating from Tudor times, round about 1530. The earliest recorded owner was Sir Ralph Sadleir, an important statesman in the service of Henry VIII.

When the last tenant left the property in the 1980s, the house was taken over by squatters who robbed the building of many architectural materials, including the panelling from four rooms, the main fireplaces and also the front door. These items were recognised in a salvage yard, which led to the recovery of much of the rest.

A group of local Hackney residents formed the Sutton House Society, and objected to plans to turn the house into flats and said the house should be for community use. The National Trust backed this idea and so then started on the task of restoring the house. The firm of Julian Harrap Architects, an East End practice were given the job and their architect Richard Griffiths was selected as project leader.

I met Richard on site and was given plans of the four panelled rooms that had been draw up before the squatters had moved in, along with new plans of the changes they wanted to make, such as new windows seats and radiator covers. We also had to repair or replace the window shutters and a few of the oak doors. The biggest job was the massive jigsaw puzzle of the panelling for the rooms, working out which panels rescued from the skip went where, looking for different moulding and design for clues.

My colleagues Keith Lambert, Den Bubb and I took on the task while the rest of the workshop kept the other joinery on the move. All the old oak was rubbed down and cleaned with a mixture of linseed oil and turpentine applied with steel wool. Where an old panel was too damaged to reuse or missing altogether, new panels of quarter sawn and through & through English oak were made and carved. The wood was then stained and polished to match the original panels.


The Great Chamber had lost all ten panels from over the fireplace and these consisted of a motif of roses and fleur-de-lys, luckily the house had been recorded and plans drawn up when it used to be known as Milford House, and we was fortunate enough to have a drawing to go by.

The National Trust paid for us to do evening classes in the winter at the local carving school, as remember joiners are not artyfarty, but Keith was a natural and did a lot of the intricate panels in the Great Chamber. Den and I also did a few, while we all worked on the linen fold panels that had to be created new.

We were fortunate as that Den was also an expert in staining wood. He had served his National Service aboard the Ark Royal and in his spare time would make and stain picture frames for sailors, who had had their photos taken by the ships photographer to send home to Mum.

Although the architect had requested that all the new panels were installed at ground level so that they could be hidden by the furniture, we actually mixed them in at all levels. Any of the best quality older panels were moved to eye level and the bad ones moved down to the floor, with our replacements filling the spaces. No one could tell the difference!

After sorting out the first room, off we went to fit on site leaving at six in the morning and retuning home at eight, this was done for a week before I could get the others to go into lodgings. On the first morning we arrived around eight in the morning and found our landlady who showed us the rooms and made a cup of tea, on returning to our van only to find it broken into and all our tools gone, a rude awakening to us old country boys.


On cleaning one room it was found that very thin panels had been pinned over early painted ones that resembled linen fold, these were cleaned and left on show. In all the oak rooms you will find hinged panels that you can open to look and see the history of the old building.

English Heritage surveyed the house and it was very interesting to watch them work out the hidden features of the house. In the Georgian room they asked me to cut out some of the pine panelling only to find a Tudor fireplace as they suspected. A lot of lovely original fireplaces and window openings were opened up this way.

We were all very pleased to have been involved with Sutton House and after serving twenty five years with the National Trust I took early retirement. I look back with pride at some of the work I have left behind.

NORWICH TOOL MAKERS & Tool Dealers
The fine city of Norwich has had a rich history of planemakers and dealers. Michael Shingfield’s in-depth study has resulted in this well researched book which reveals much hitherto unknown information on the makers and journeymen employed in this important trade, and especially of the noted planemaking family of Griffiths who were in business for over 150 years. 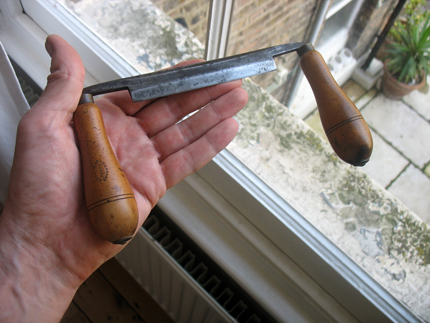 Met a lovely old chap today. By the time I’d had a good chat and seen all his wood carvings, and talked about his family and whatever else we could think of, I felt rather obliged to buy some tools off him. It was an unpromising box, and I drove away feeling a little like at least I’d spread some good karma with a a charitable donation. But when I got home and starting adding the majority of the items to my ‘scrapyard’ pile, this little drawknife fell out. What a beauty. I didn’t know Marples made them this small. It was such a lovely well-balanced and well-made tool, I figured karma does work out sometimes. 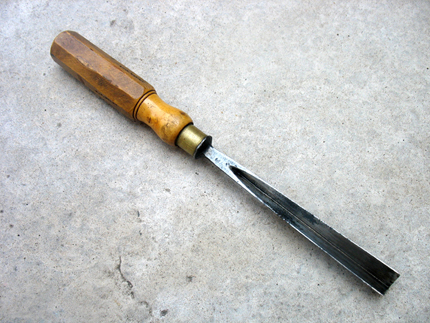