If you are interested in timber framing, I would very much recommend you visit the fantastic blog of Castle Ring Oak, who are located on the Welsh borders in the UK. Here you will be introduced to a world of ‘jowl joints’, ‘podgers’, ‘lightning scarfs’ and ‘jack rafters’, to name but a few. You have to go there to find out what it’s all about. Great blog, great pics and informative copy. This is what blogs were designed for.
(All pics lifted from Castle Ring Oak blog and remain copyright of Castle Ring Oak). 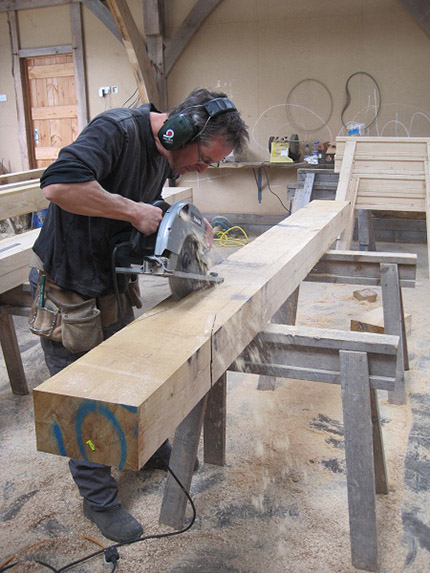 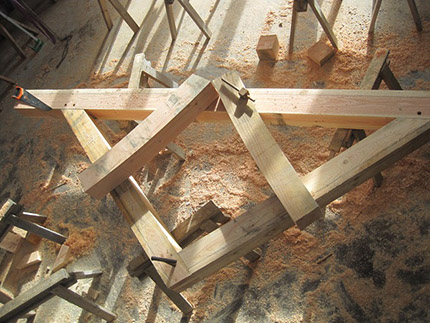 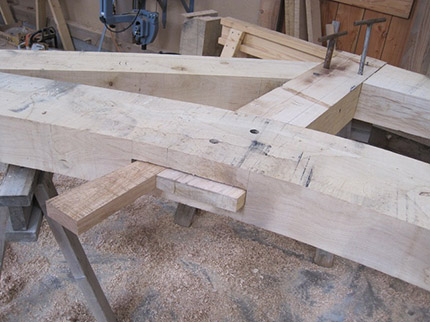 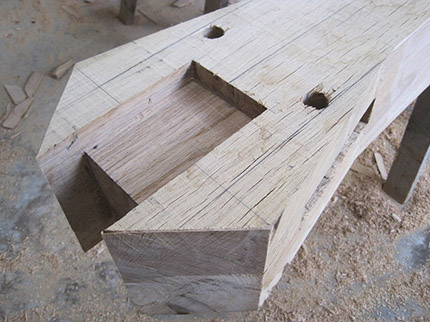 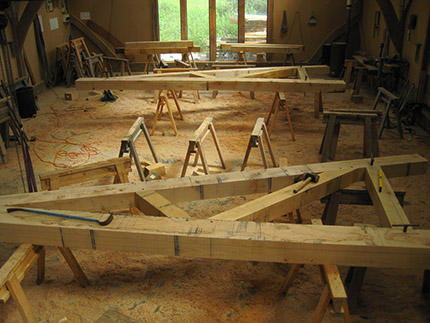 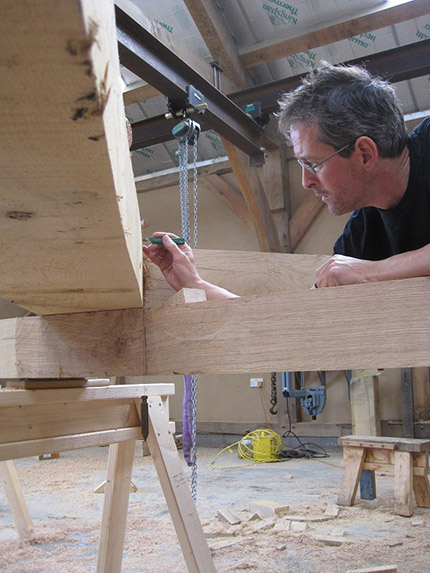 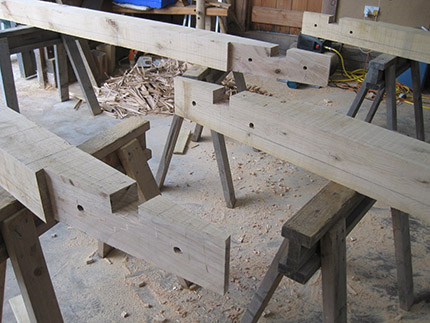 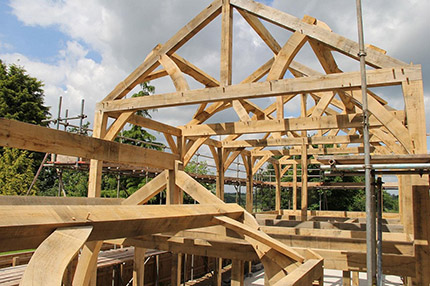 A Norris ‘A31’ Thumb Plane that nearly graced my shelf before being sold on. Lovely little plane, in the hard-to-find adjustable configuration, with rosewood wedge and front bun. Apologies for the poor-quality pics, (they’re not mine). Plane is 5 1/2″ by 1 1/2″, with iron of 1 1/4″. 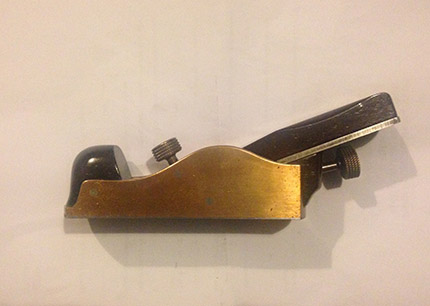 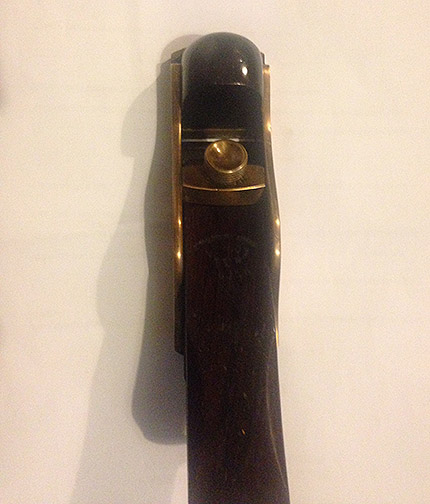 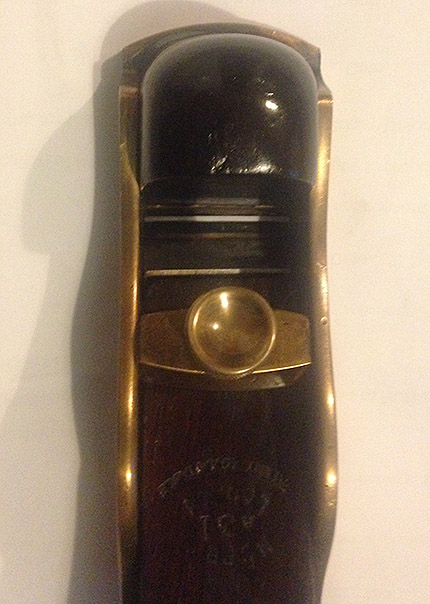 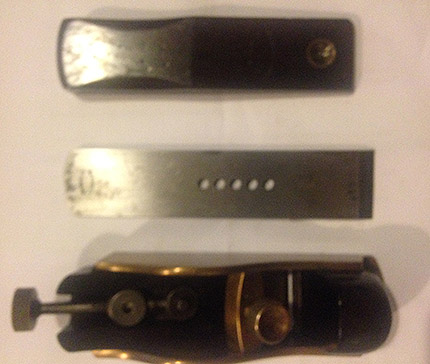 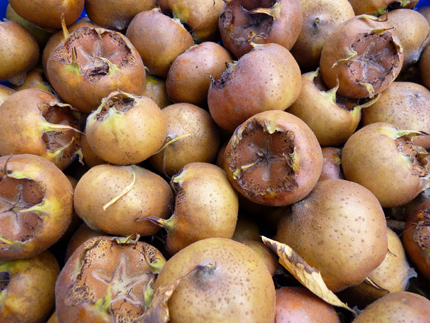 Having noticed a medlar tree in our local park, we waited until the end of October and picked enough fruit to give medlar jelly a try. Medlars are rather an ‘old-style’ fruit, not seen that often in shops. Once you have picked them, you have to lay them down to ‘blet’, (which pretty much means to rot) until they have softened and browned. Part of the recipe requires straining the boiled fruit into a bowl, which you then boil up again, adding sugar for the final set.
The appearance of the fruit meant it was often known as ‘dog’s backside’, or similar names.

The tenth-century Saxon grammarian Aelfric translated the Latin mespilus as “openaers,” and that rude Old English name was still in use in Chaucer’s day:

But if I fare as dooth an open-ers
That ilke fruit is ever lenger the wers
Til it be roten in mullock or in straw
We olde men, I drede, so fare we:
Til we be roten, kan we nat be rype;

Translation:
Unless I fare as does the fruit of the medlar
That same fruit continually grows worse
Until it is rotten in rubbish or in straw.
We old men, I fear, fare like that:
Until we are rotten, we can not be ripe.

Back in the day, they used to use an upturned stool and hang the jelly bag inside. I thought I would use my clamps and sawhorses instead, which worked a treat. 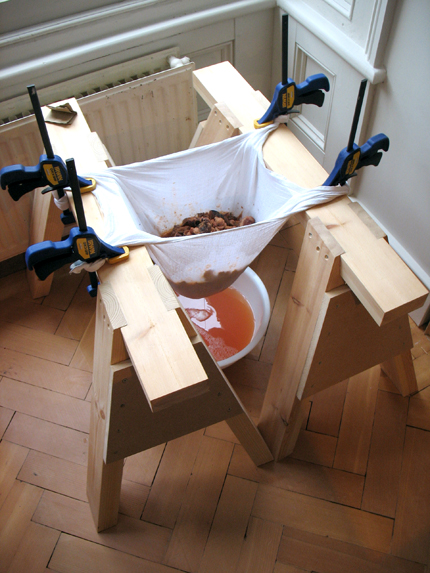 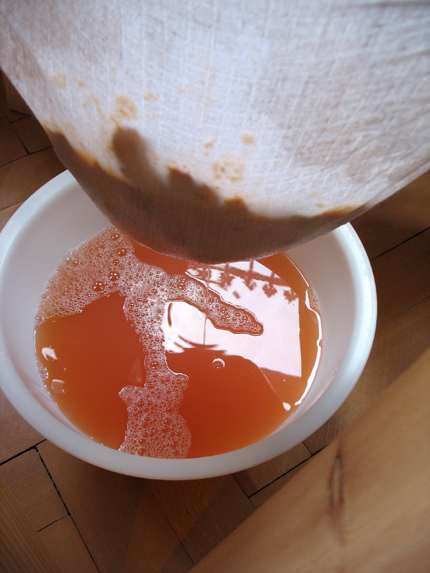