Spent this week stripping and re-finishing this old tool chest, part of a job lot deal (see earlier Worcestershire post). I made a new skirt around the bottom, as the old one had rotted. Then stripped and re-finished the sills (sliding drawers), and finally gave it two coats of black paint in the traditional colour for these chests, which was usually black.

These craftsman-made tool-chests were a travelling ‘portfolio’ for the journeyman joiner/carpenter. The outsides were made very plain and utilitarian, as they would be taking inevitable knocks and scratches from being moved all the time. The insides however, were crafted as a showpiece to what the maker could do, and thus all the drawers had to be well-fitting, with excellent joinery.

The box has multiple sills for various sizes of tools. You would put your larger planes and bigger tools right down in the bottom. Your saws would slip into the cut slots of the ‘saw till’, right down there as well. One of the nicest parts of the chest is the lock, you don’t get hardware like this on mainstream pieces anymore. A nice big lock that closes with a ‘clunk!’, and thankfully, two keys were also hidden away in one of the sills.

My own minor restoration of the chest went really well, plus it’s now a keeper, I couldn’t bear to part with it, and my tools need an upgrade from their current cardboard box. 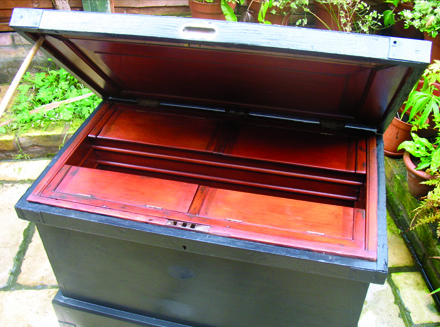 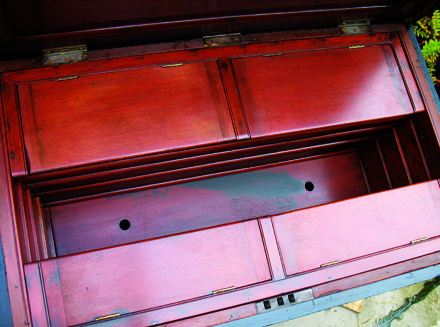 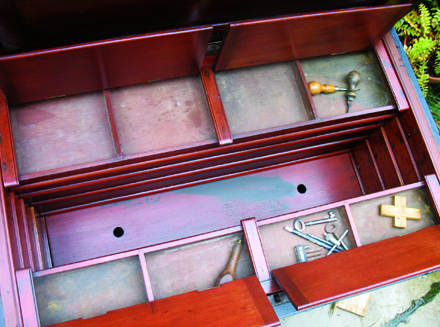 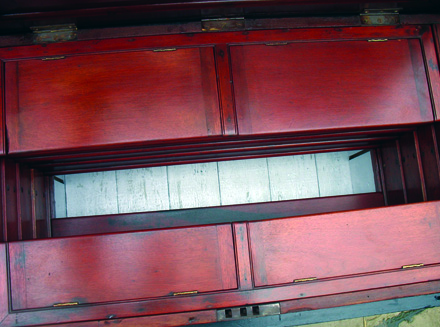 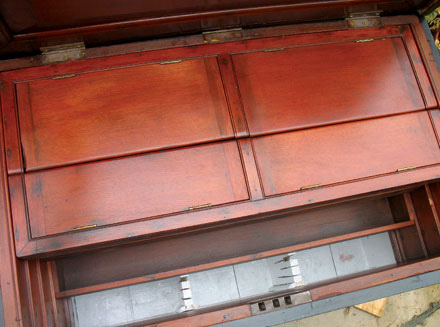 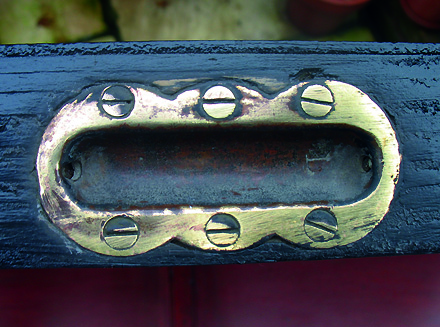 […] have another large tool chest for sale. I did a renovation a short while ago on the first one, and this other one came as part of a deal in Suffolk. Hence I need to move it on. Selling as buyer […]

Just enquiring what sort of price this would sell for as i have one exactly the same.
Regards
Iain